This post will attempt to reframe the litany of how to be a better leader lists that currently populate the universe. Content is the product of 15+ years of work, observation and engagement with business leaders, which at times, has been pretty revealing. These rules do not really take into account the cast of characters currently vying for the United States’ top leadership position although it probably should. That’s a whole other animal.

Main takeaway? Real leadership is a lot more difficult than it is authentic. Especially if you’re not able to suspend thyself for the sake of others, or essentially reverse course on some of the behaviors that secured the top job. Onto to the do’s and donuts: 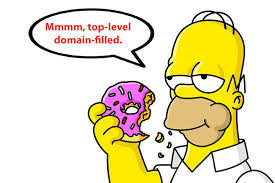 1.)  The Double Do: Do as I say AND Do as I do. Dad used to say, “don’t do as I do — do as I say.” Fifty percent unfortunately isn’t going to cut it anymore. The right behaviors have to back the right words and vice versa. Here’s a test: When was the last time you did something selfless that wasn’t in your own self interest? Be honest.

2.) Do: Leaders are committed to and care about people. They’re personal and believe in the individual, where that person comes from and what makes them tick. All the time — not only when those same people who work for them can provide something they need. Business leaders wax on endlessly about relationships, but before the chicken came the egg, or the person. How many CEOs do you know who truly care about people vs. seducing those same people so they’ll do something for them? Chances are the individuals who understand this do stand out positively in your head and heart.

3.) Donut: Leaders aren’t thin skinned, and they don’t run and hide at the first sign of trouble. Digital media does not replace engagement. A client recently claimed, via email, that she was “insulted” when I asked her to honor an original work commitment. Either let’s get it done or forgo the project was the plea. This message was conveyed ironically by the same person who preferred to be emailed. The words left a lasting impression. Pleased to report there was a happy conclusion here, which included a written apology via note card sent in the snail mail.

4.) Leaders know the difference between public and private behavior. Hint: Private is going the way of Blackberry. Anything that you do or say now is public. Period. Work back from that extreme backwards if you remain convinced that private compartments are always private, including the time spent on-line.

5.) Others know where leaders stand, or what Bill George once called a True North compass. Purpose has replaced values as the buzzword du jour, but the truth remains that at some point an effective leader has to stand for something. Good, bad or ugly. Unlike political elections, it’s not a popularity contest — although even that truth may be changing before our eyes.

6.) Do: They’re creative and able to tell a story that helps frame a narrative larger than themselves. I don’t know many creative CEOs in the sense that they’re able to go outside the box, often the one they’ve created, to receive perspective that leads to change. They all say they do, but when it comes white knuckle time, most only want to go there temporarily until trouble passes. What should be a standard do is too often a donut. Care to trade a donut for helpful service? Inquire within: http://pointofviewllc.com/services/ 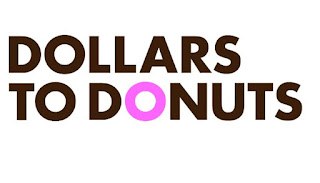 7.) Do: Leaders are apolitical. First, this do rule is not what you may be thinking. Apolitical in this context does not mean taking neither side in a political contest. More to the point, it’s about being able to lead through competing constituencies. Think Peter Uberroth and Mitt Romney when they managed successful Olympic Games.

8.) Donut: Smartest man ruling the room syndrome is over, except in politics, which continues to be an exception for lot of things that might be defined as newly normal.